Małgorzata Dobrowolska – was born in Warsaw, Poland. Małgorzata is an activist and documentary filmmaker who focuses on stories of women. She travels the world to document situations of women in main religions and other spiritual movements. She deeply believes that the key to reach world peace is to restore balance between the energy of men and women and bring about  a change on a spiritual level.

Małgorzata Dobrowolska holds a degree in Psychology and Multi-media and has participated in many filmmaking courses such as a  reportage workshop, Norwegian-Polish documentary workshops, Video Clip School and a screenwriting course at the Historical Film Academy. Małgorzata’s hobby is painting  https://dobrowolska.carbonmade.com

Do you need an independent documentary film made on a topic important to you?
If yes, I can create it for you.  Click here >> to read more about my style of work.

DIRECTOR ABOUT THE FILM

Motivation – from a child’s question to a lifetime project

As a child, I wondered why women cannot be ordained. I was surprised what an insignificant role women play in the Catholic Church and the fact that only men are allowed to preach and make important decisions. Later, I realised that this same inequality is present in all major religions and is aimed at preserving the patriarchal order of the world. This started my search for women who challenge stereotypes.

In February of 2015, on the outskirts of Bangkok, I discovered a Buddhist monastery for women. There, I met 12 wonderful women who despite the difficulties involved (the official Thai Saṅgha does not recognize ordination of women) became the first contemporary bhikkhunīs – fully ordained nuns. The ordination ceremony took place in Sri Lanka. I was left with a strong impression after visiting the monastery and learning about the power of these women. I found their story very important as it shows that changes are possible, even in such rigid structures as religious ones. I decided to tell their story with the help of a documentary. In such a way, my childhood question led me to Sri Lanka, an island also called the Tear Drop. 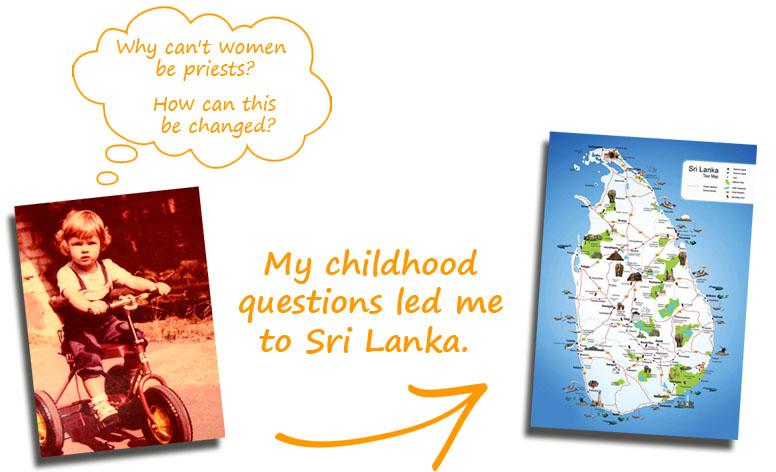 Work on the film – ups and downs

My first step in my work was a crowdfunding campaign that ended in failure. However, due to the fact that the topic aroused great interest, I decided to go to Sri Lanka anyway. With my camera in hand, for a period of two months I travelled to many Buddhist monasteries. I was very lucky as during the trip I met the first three fully ordained Buddhist nuns in the Theravada Tradition, who were from three different countries – the Ven. Bhikkhunī Kusuma from Sri Lanka, Ven. Bhikkhunī Dhammananda from Thailand and Ven. Bhikkhunī Gautami from Bangladesh. They were to become the main characters of the documentary.

The following year I spent editing the film. It was a very difficult task as the amount of material was huge, and the matter of nun ordination is complicated. I had many dilemmas in which direction to lead the story, how to maintain the right balance between the way I see the issue and how the nuns themselves perceive it, as well as what to talk about and which issues should I omit. In the meantime, I received a grant from the Buddhist Khyentse Foundation. 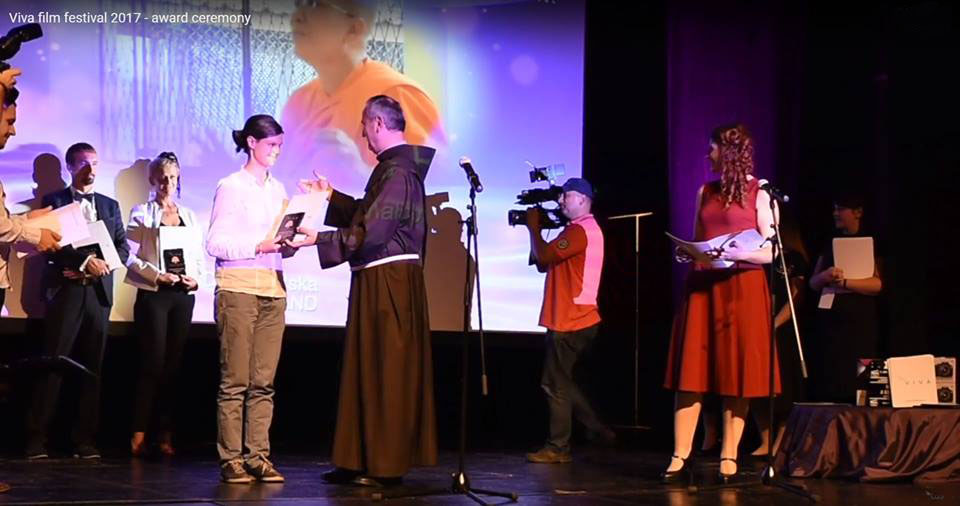 Humans are like trees. History is roots. The present is the trunk. The future is the crown. The tree cannot grow without roots. Women cannot grow without their own history (or HERstory). In order to have Wonder Woods we need to know HERstory. This is my motivation to create films.
– Małgorzata Dobrowolska, president of  Wonderwoods Film Foundation